What is a Solar Farm 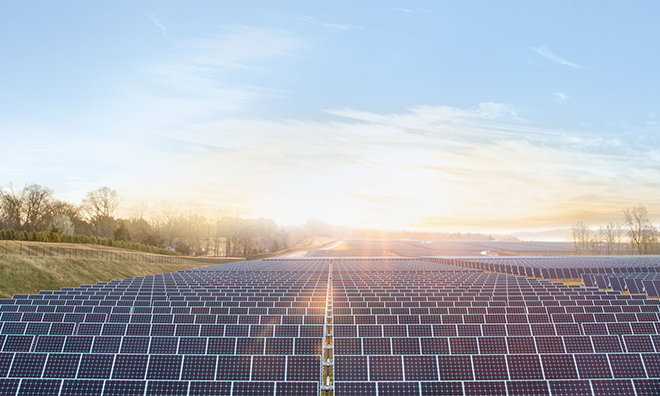 A solar farm is a large scale solar installation where photovoltaic (PV) panels, referred to as solar panels, or other means of collecting solar energy, like concentrating solar systems are used to harvest the sun’s power. They’re different than rooftop solar systems and even commercial solar power systems in a number of important ways.

Solar farms are also known as solar parks and solar power stations. They operate as power plants, just like a natural gas power plant or other sources of energy generation that have generated electricity for consumers for the last century.

Unlike residential and commercial systems, they’re decentralized and usually consist of ground-mounted solar panels installed across large areas. In most cases instead of providing power to a local end-user like a homeowner or business solar farms provide power to the electric grid and are part of the utility’s energy mix. There are different types of large solar projects, like community solar farms and utility-scale solar farms. Some solar projects, like those built to power data centers or other large users of solar power, have solar farms built purely for their use—sometimes onsite, sometimes offsite.